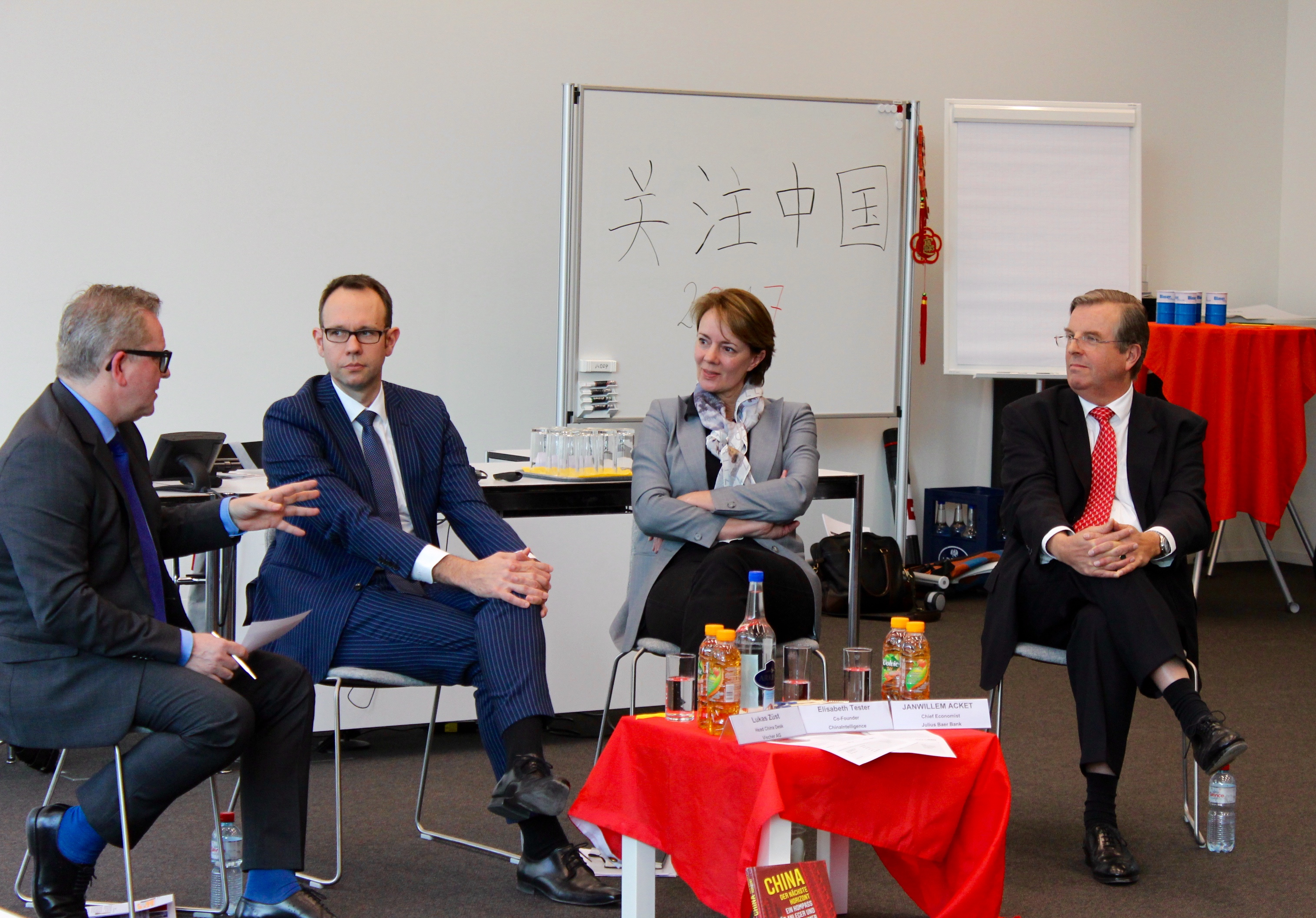 Did you know that number four is an unlucky number? The Chinese words for four sound tonally nearly the exact same as the word for death. In contrary, our program on the 4th day consisted of valuable learnings and rememberable highlights. 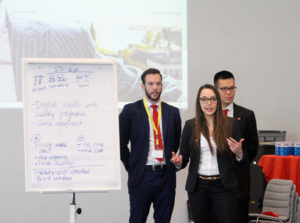 Right at the start we were split into four groups and were handed with a task: Sell your idea in a five-minute business pitch. The clock was ticking, with 60min to develop a business idea. From revolutionary bicycles, 5D Fitness-room, to the Swiss Experience Room, the delegation were extremely creative. Shortly after the group’s business pitches, we voted for a team with the help of a phone app, except one’s own group. The winners were rewarded with Victorinox Swiss army knifes and DIWISA vodka. 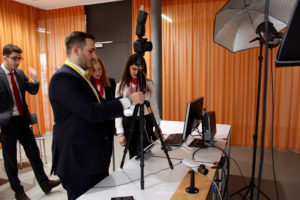 Thereafter, a photo session was planned. The makeup is perfect, the hairdo is in place, and the camera is set – Time to take worthy pictures! 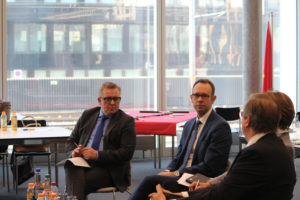 The afternoon was devoted to this year’s preparatory seminar highlight – The panel discussion regarding the middle-income trap. The roundtable consisted of high-regarded guest speakers: Janwillem Acket, Chief Economist Julius Bär; Elisabeth Tester, Co-Founder ChinaIntelligence and Lukas Züst, Counsel & Head China Desk at Vischer AG with Prof. Michael Jeive, Managing Director of the FHNW Swiss SME Research Center China as the moderator. So what is the middle-income trap? The middle-income trap is the state in which a country’s growth slowdowns after reaching middle-income levels. Over the last three decades, the Chinese economy has grown at an average pace of 10% per year, which is about three times the global average. That wave of growth has transformed the middle kingdom from a low-income to a middle-income country. Today, China finds itself facing challenges that are characteristic for middle-income countries. In 2015 China recorded its slowest growth rate in 25 years with 6.9%. The factors that stimulated the country’s rapid growth have started to evaporate. The question remains whether or not China’s economy can continue the growth in the past and ultimately transform into a high-income country.

In the discussion the panelist all agreed that the government identified the challenges and need to work on their implementation. While improving entrepreneurship, developing suitable legal frameworks and reinforce innovation are considered as key to overcome the middle-income trap. Undoubtedly this is a daunting task for the government, the panelists however believe that China will avoid the middle-income trap. 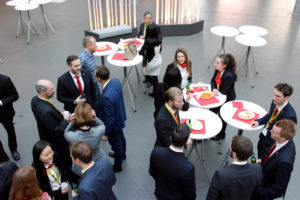 The highly interesting panel discussion was followed by an aperitif. Fine dining and drinks were the icing on the cake of this successful day. And so is the Preparatory seminar more and more drawing to a close. Now there is one thing left: The Joint Friday!

Preparatory Trip of the Project Team