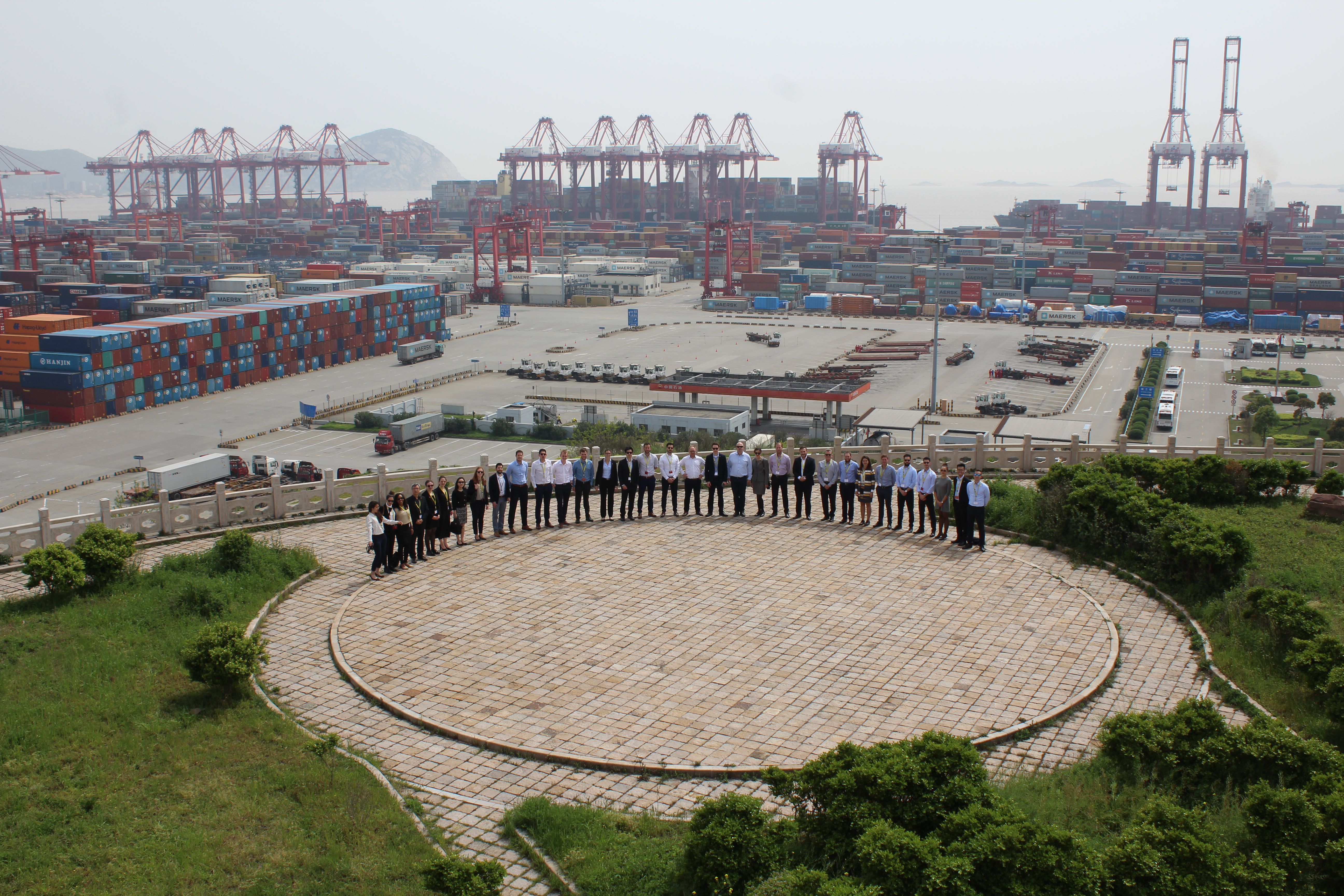 On Tuesday, on our bucket list was a visit to the subsidiary of Kühne + Nagel in China. After a presentation and an open-minded question and answer session at the Kühne + Nagel downtown office in Shanghai, we headed to the biggest port of the world.

The presentation at the downtown office was leaded by Michael Fromm and assisted by two trainees, namely William Wolleswinkel and Hector Chavez. Mr Fromm showed us an overall view of the German and Swiss company ‘Kühne + Nagel’ as well as a closer view on the Chinese business. Kühne + Nagel has over 50 years of Asia-Pacific experience. Alone in China, the firm operates a network of over 40 offices, 3000 logistics specialists, and is the first global logistics provider to be awarded a Class A Forward’s Licence in 2004 by the Shanghai Ministry of Commerce. In a next step, the two trainees William and Hector gave us a deeper insight the of the management trainee program at Kühne + Nagel and talked about living in Shanghai. As an example, Wiliam showed us his contribution with method of the Giftcards in Kühne + Nagel offices to improve the employee confidence. Last part of the presentation was a Q&A session with the Kühne + Nagel professionals. 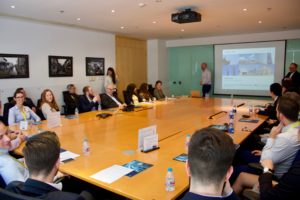 The second part of the Kühne + Nagel visit was the journey to the port of Shanghai which is the biggest port of the world. The port is island-liked located and connected with a 32 km bridge to bring most of the goods from the port to the distribution warehouses. We moved to the observation point in order to have an incredible look over the port and Micheal Fromm gave us some very interesting informations about the port and how it works. 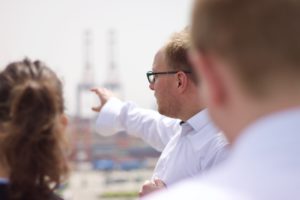 Finally, we went to the warehouse of Kühne + Nagel near the port. We made a tour trough the big location. Mr Fromm showed us an App, which can identify every package with the important informations. He gave us also an deeper understanding how the distribution is managed. 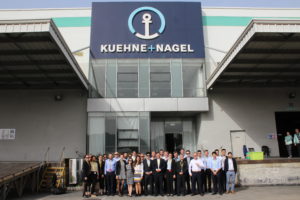