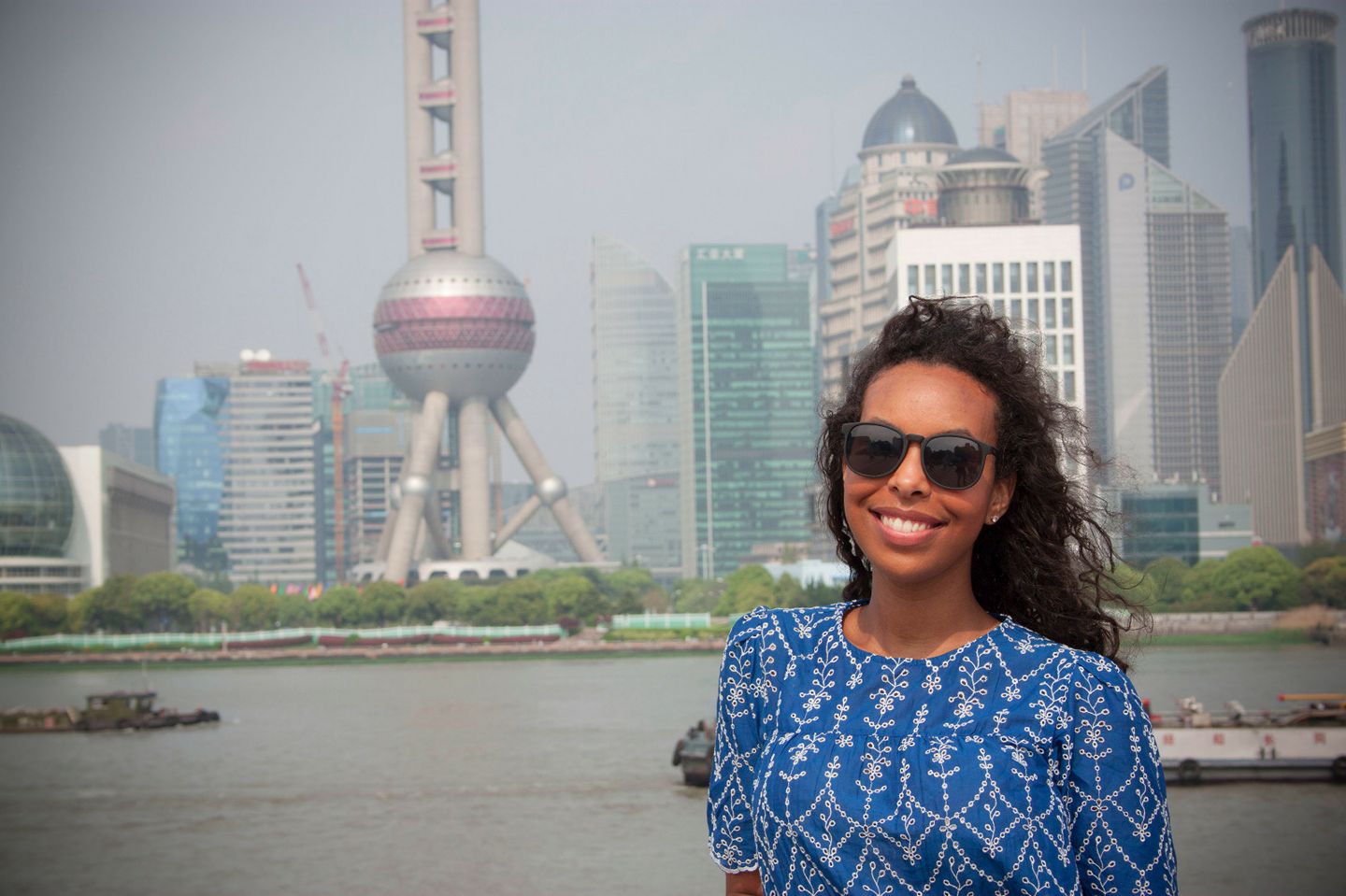 We started off our first morning in Shanghai with some free time. Because of the very early morning arrival of our flight, some of us decided to use that time to sleep in, and others took a nice swim in the pool of our hotel, Radisson Blu New World Shanghai.

After some much needed relaxation, the group met in the hotel lobby, and went to our first stop of our Shanghai city tour, The Bund. The Bund is the waterfront view overlooking the Shanghai skyline. Here, many tourists gather to take pictures and selfies with the beautiful skyline as their background. The group took many pictures together, and several Chinese tourists joined in for some photos.

After walking down the promenade at the Bund, the delegation headed over to a nearby shopping district where there are many Chinese food stands and souvenir shops. We walked past the shops and into the YuYuan Garden. The garden is home to many plants and small animals, and is a quiet and serene place. Many of the delegation members said the garden was a highlight for them from this trip to China.

After exploring through the YuYuan Garden, the delegation took the bus to the French Concession. Here, we were given some time to explore and walk through the area. The French Concession is a small set of streets in Shanghai that have a European design element to it. The streets are home to many popular restaurants, bars, and stores. The team was given some free time, so many of us went to have some drinks and ice cream together.

Soon, we all quickly realized it was time for dinner, so we headed over to our next location, Teppanyaki Taoshan. It is a Japanese restaurant located in another part of Shanghai. Here, we enjoyed all you can eat food consisting of different types of fish, sushi, rice, and various side dishes. The delegation enjoyed the traditional Japenese table setting and restaurant decorations. We all celebrated with a toast, and enjoyed the rest of our evening with jokes, laughter, and fun.

Ultimately, it was an exciting first day in Shanghai, and we look forward to having more time to explore the city during the week. 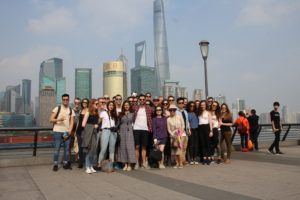