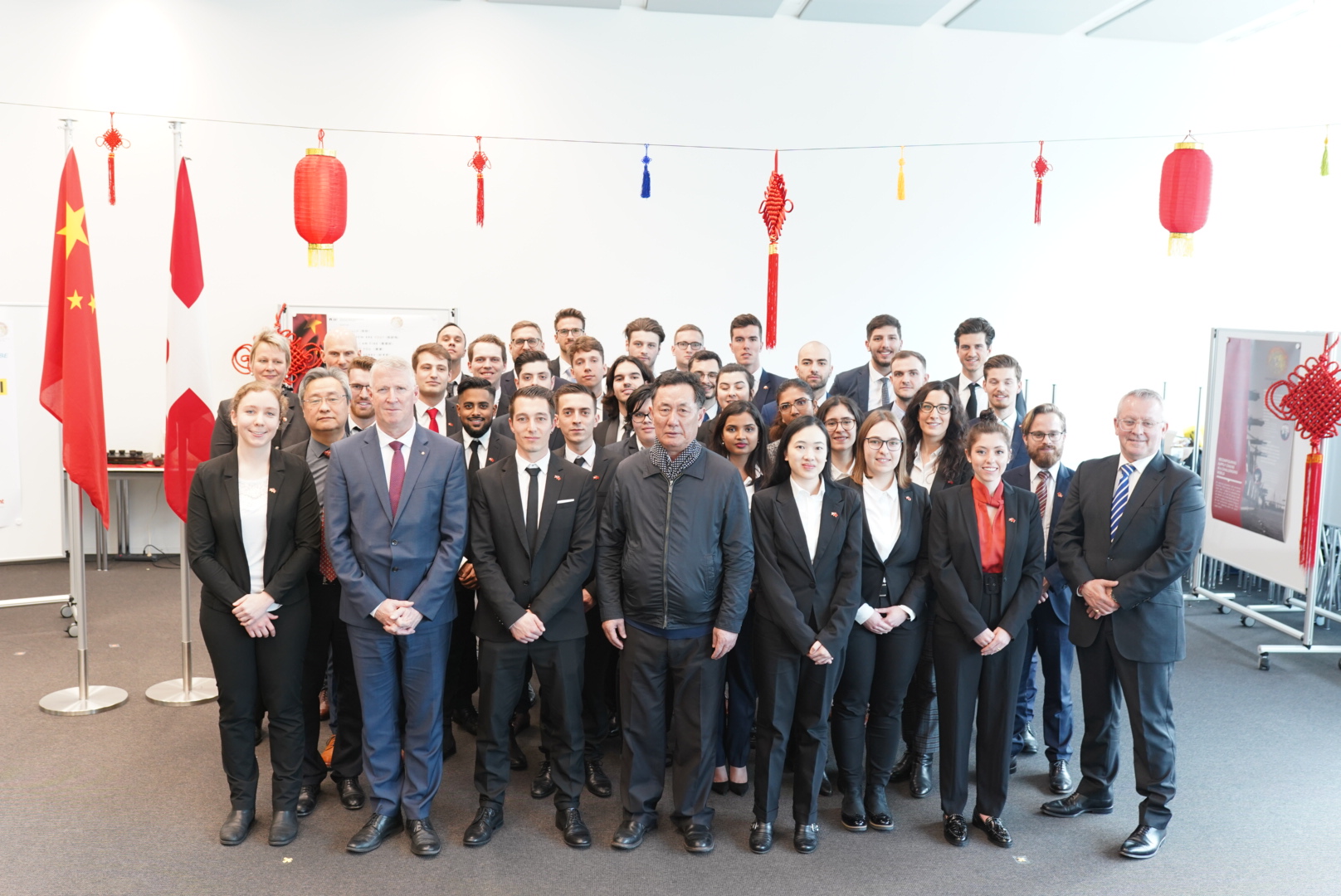 After reflecting and relaxing from the first day, Insight China met again for another exciting day full of content and guest speakers.

With Oliver Krug from Biogen and Daniel Bont from Switzerland Global Enterprise, Insight China had a strong and intensive start into the day, talking about the basics in supply chain & product launch in China as well as having an interactive insight focusing on Swiss exports to China, including challenges for SME’s. 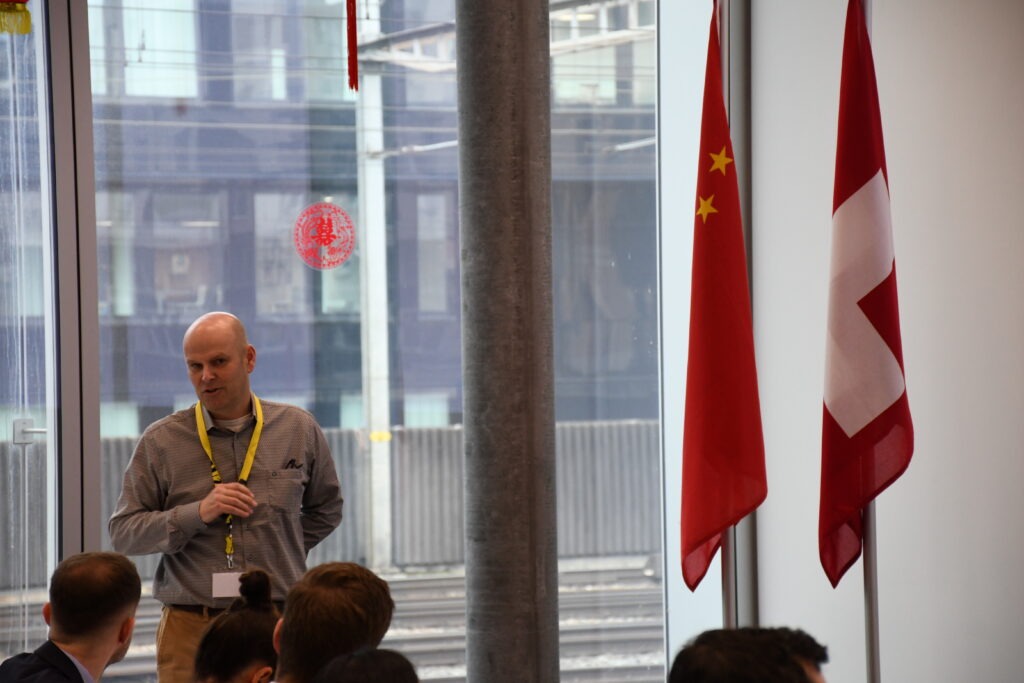 Sharing his understandings from the pharmaceutical and chemical industry, Oliver Krug shined with his extensive knowledge gathered during 25 years of working in the sector of supply chains. He explained the listeners, the facets of in a detailed introduction. With his humour and uncomplicated attitude, he could already captivate the attendees in the early morning. The speech further introduced the definition of a supply chain and its basic steps, which was made easily understandable due to Krug’s personal inputs, as well as listing up the good and the bad realizations when trying to make a first footprint in China. 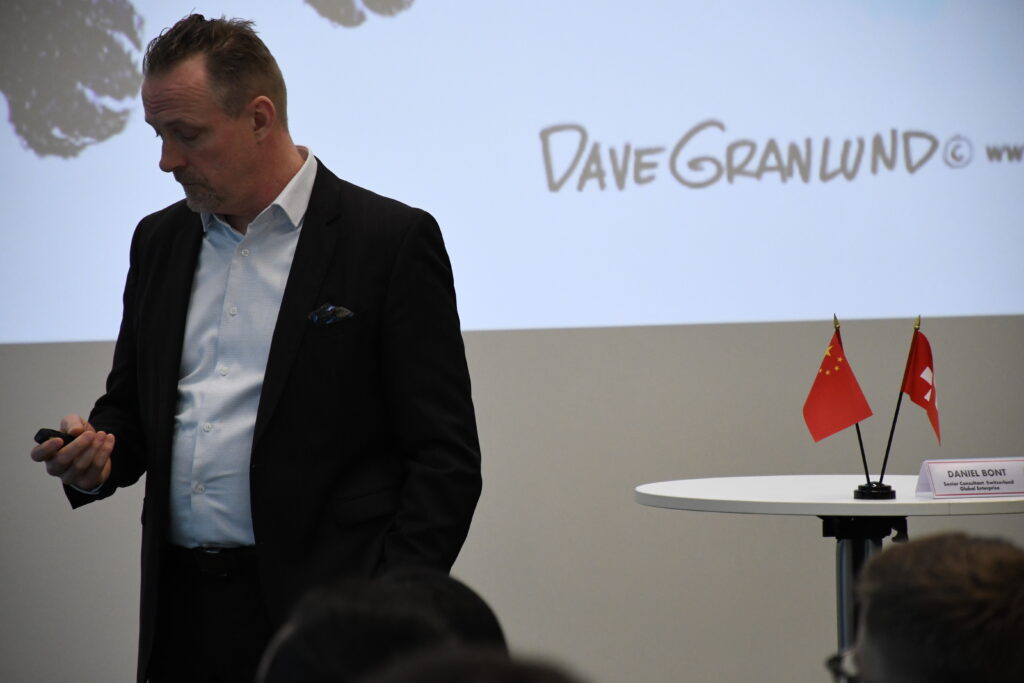 With Daniel Bont following up as our second speaker, the attendees got the chance to learn more about the art of exporting to China as a Swiss enterprise. Already at the beginning, the experienced senior consultant interacted with the students and delegates, keeping up the good atmosphere his previous speaker established. Bont mentioned that he still sees an opportunity for growth due to fact, that of over 600’000 SME’s only a bit more than 50’000 are actually expanding their markets via exports.

The speech continued with looking at facts and figures about the export industry in Switzerland and the Unicorn World Map which displays all privately-owned tech start-ups with a value of more than $1 billion. To loosen things up towards the end, the participants got involved in an interactive workshop before being released for lunch. 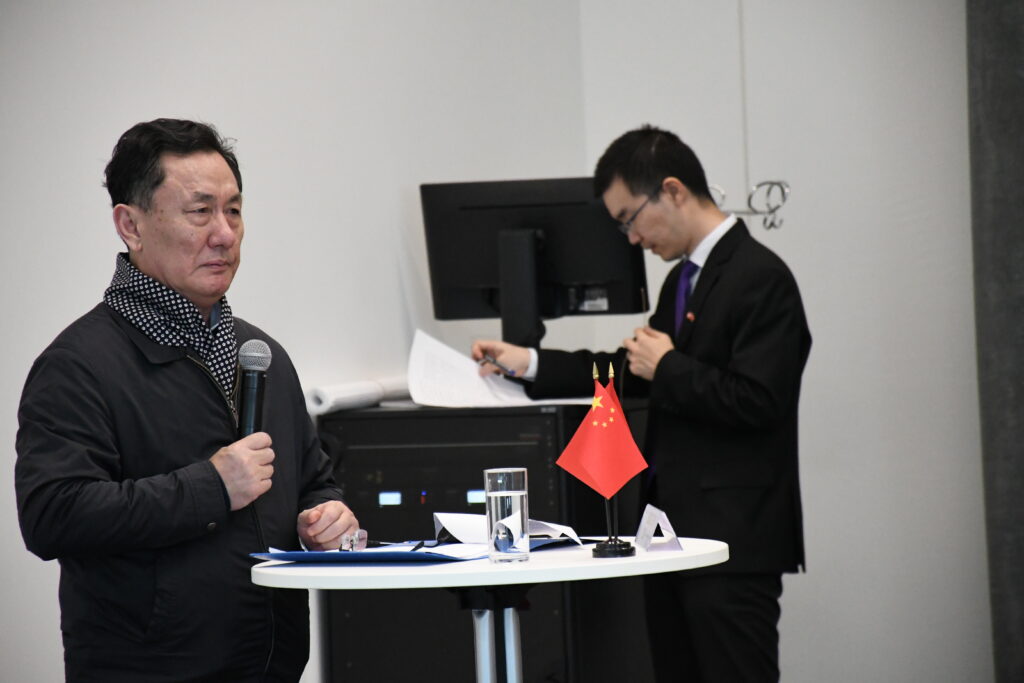 After lunch, the intensity rose with the arrival of the ambassador of China, Geng Wenbing, sharing his insights about the present situation in his country. Differently to last year, the ambassador did not talk about the more recent history of Chinas politics, but the ongoing epidemic initiated by the Coronavirus. In his speech, ambassador Geng Wenbing talked about steps and reactions in China, and how they were received by the world. Additionally, he explained the importance of the people’s confidence, the influence on Chinas economy, and already stated a forecast for 2020. 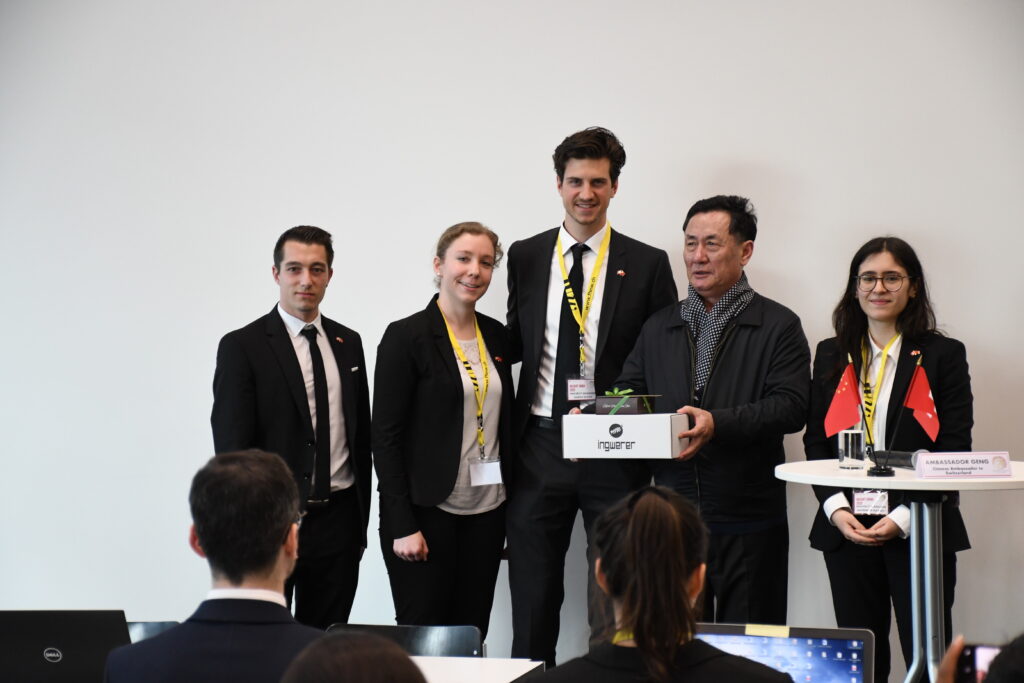 While the delegates and project team members listening closely to his speech, the ambassador assured that China will keep an optimistic attitude towards the upcoming challenges. He closed his speech with inspiring words (“Defeat is the mother of victory”) and deeply apologized for the circumstances that are affecting this years edition of Insight China. 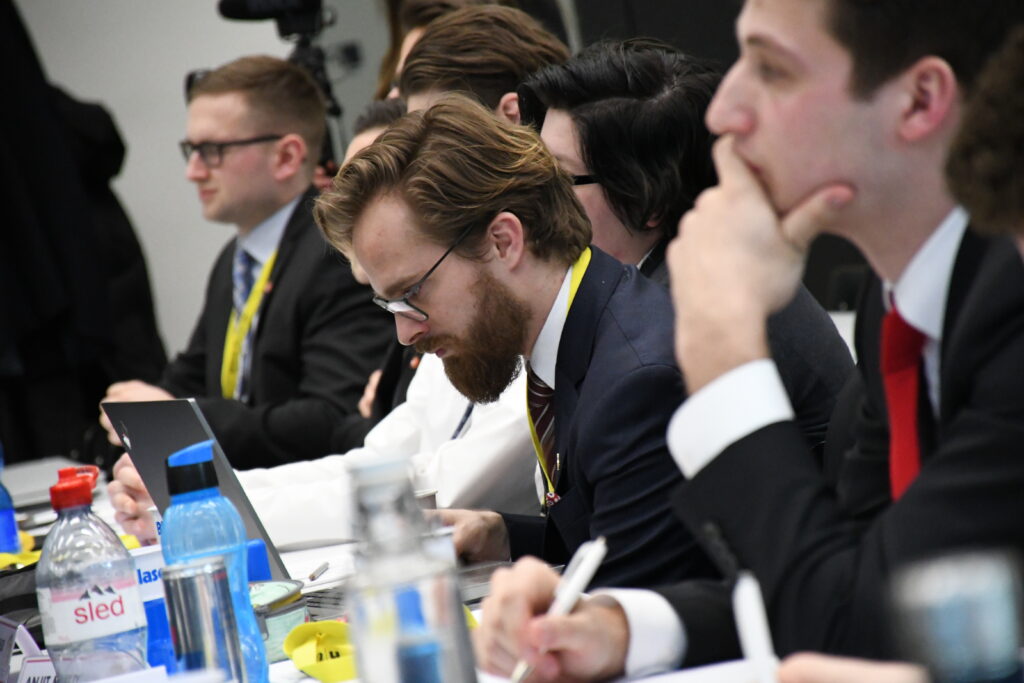 After a short break, Linda Maduz from the ETH Center for Security Studies took over the stage and took the delegation into an introduction of the Belt & Road Initiative, an undertaking of connecting China and Europoe via land and forge closer ties with deepened cooperations in the Eurasian region. Her speech focused on the organization as well as motivation of the Initiative and the reactions and actions taken in Europe. 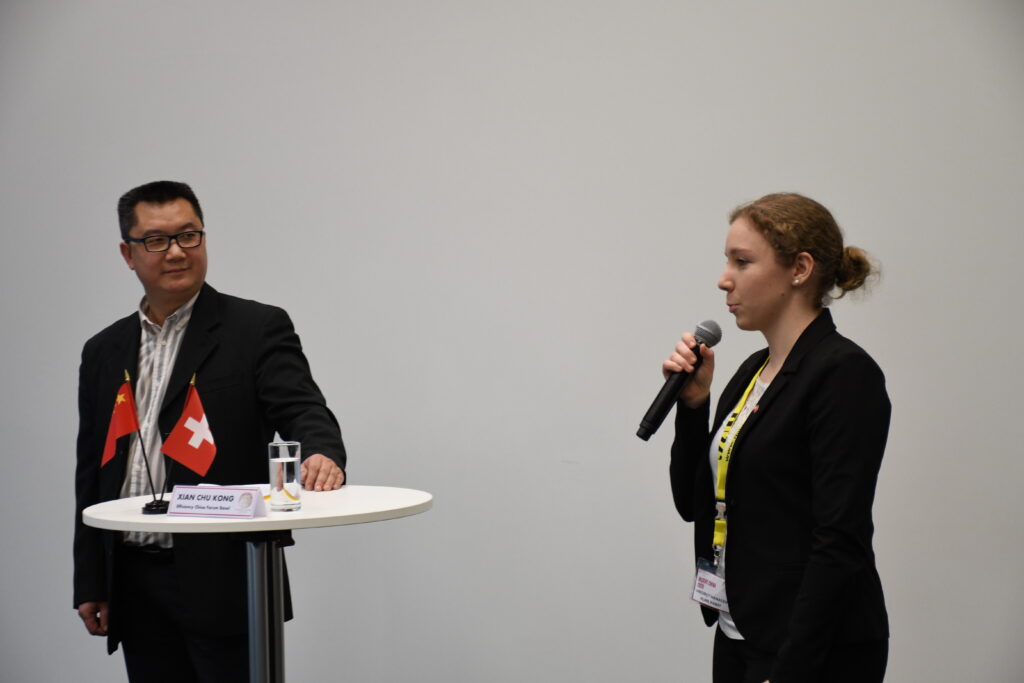 With Xian Chu Kong closing off the day with a presentation about the Coronavirus, including important key points, facts and figures, the delegates were released into the following Networking Apéro. A perfect opportunity to reflect the impressions gathered during the day with like-minded people.

Introduction of our Platinum Partner 2021: Bertschi

Thanks to our In-Kind Supporters 2021