Due to the current situation concerning the spread of the Coronavirus/COVID-19, Insight China 2020 and the FHNW are trying to organise alternative locations for this years On-site trip.

Even though the following locations are subject to change, they give a good insight of how the alternative is going to look like. 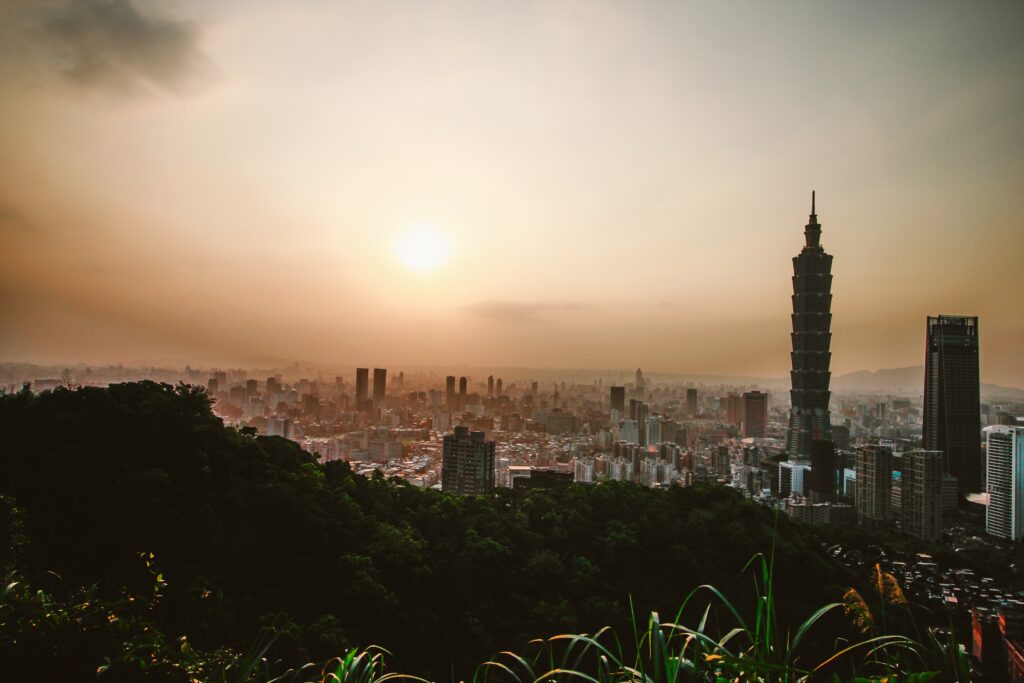 Taipei is the capital city of Taiwan and is located in the northern part of the Island. A bustling metropolis with 6.9 million of inhabitants, is full of interesting things to do and places to see. From the National Palace, which contains a large collection of historical Chinese artifacts, to the diverse food scene and the beautiful environment surrounding the city, including the Yaoming mountain with its beautiful Azalea blooms in March and April that cover up the whole landscape, Taipei presents itself as a colorful and cultural city

Between 2004-2010, Taipei Tower was considered the tallest building in the world. It is now outranked by the Burj Dubai in Dubai. 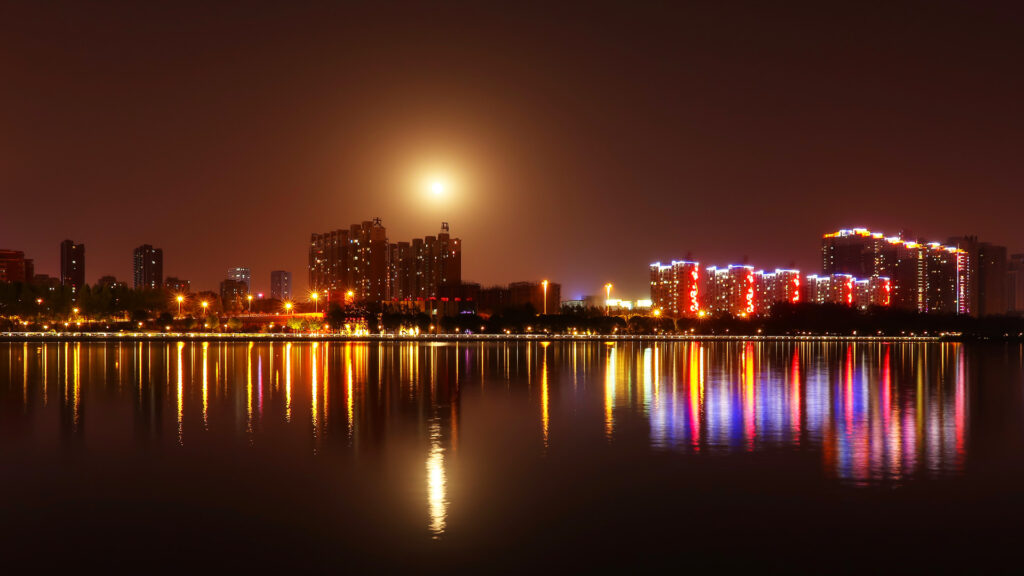 Taoyuan, where Taiwan’s first international airport is situated, is also Taiwan’s international transport hub. Taoyuan has a comprehensive infrastructure that integrates highway, railway, the MRT, and the HSR. Adding its proximity to Taipei City, New Taipei City, and Hsinchu City, Taoyuan’s convenient transportation connects services such as the flow of people, logistic, money, and information. This city boasts 29 industrial parks, as well as headquarters of international companies from numerous countries. The majority of these companies focuses on industries such as automobiles, ICT, logistics, electric cars, and cloud computing.

Taoyuan’s landscape is mostly composed of hills and plateaus, giving the city abundant natural resources for tourism. The city’s tourist hotspots include Cihu Mausoleum, Daxi Old Street, and many golf courses that are popular with international travelers. 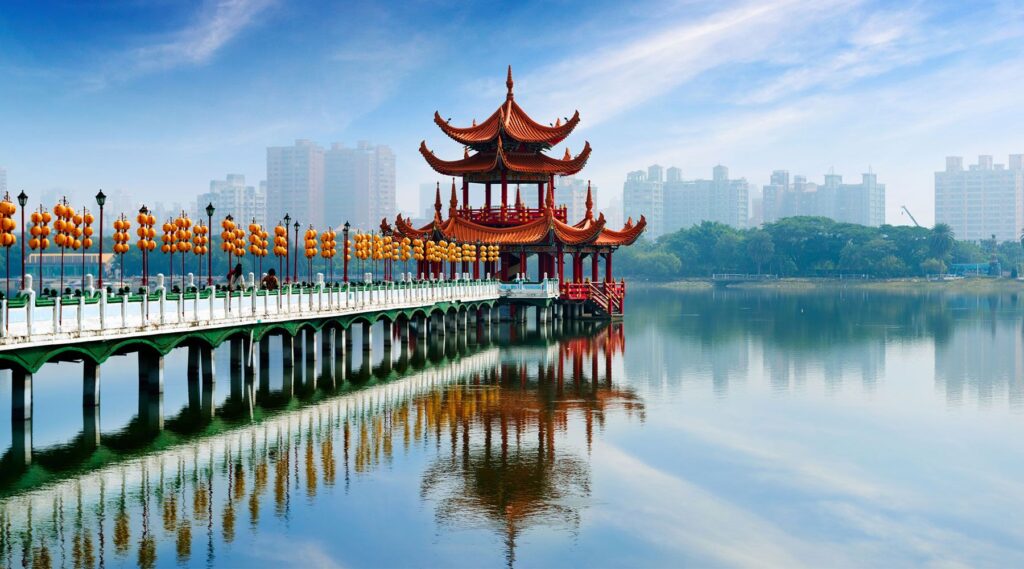 Southern Kaohsiung is Taiwan’s second largest city. Beside being the countries biggest port city, Kaosiung also provides Taiwan’s biggest night market and generally enjoys the reputation of a beautiful and modern metropolis located in southern Taiwan, facing the Taiwan Strait in on the west and Bashi Channel on the south

The Port of Kaohsiung, an international hub and ranked number 13 in container volume for cargo from all over the world, linking Northeast Asia, Southeast Asia, China, Europe and the America. 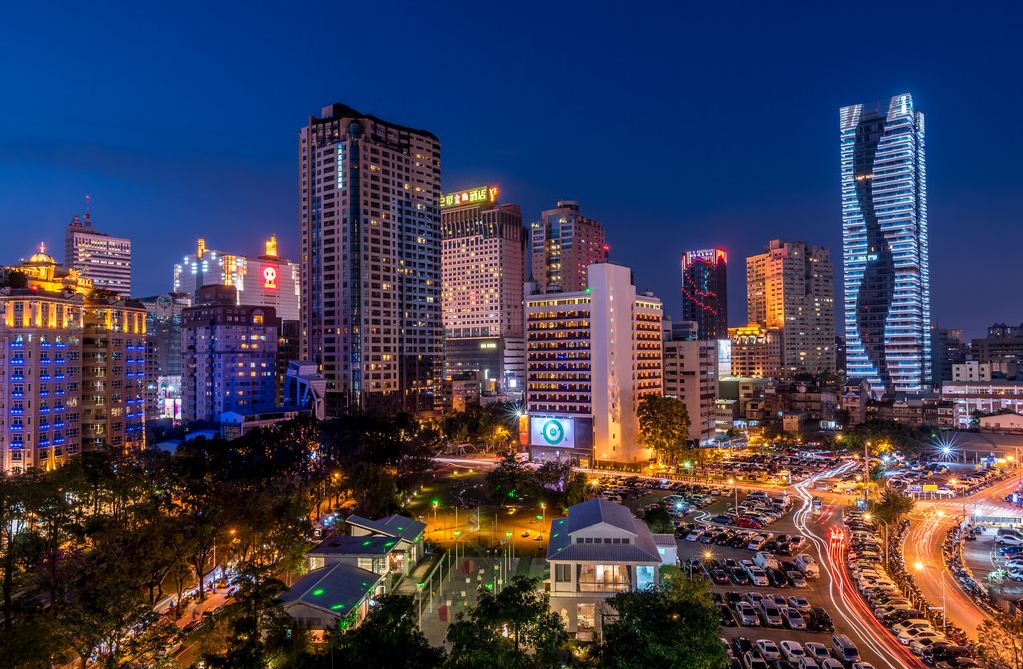 In the middle-West of the island, right between Taipei and Kaohsiung, one can find the city of Taichung, the third largest metropolis in the country.

Taichung is less than an hour south of Taipei on the High Speed Rail. Even though it may not have the energetic vibe of Taipei, Taichung is considered Taiwan’s cultural center. The National Taiwan Museum of Fine Arts is one of the biggest in Asia, showcasing paintings, sculptures and installations from Taiwanese artists. The city has an outdoor jazz festival every October, attracting international acts.

Another stunning attraction is Rainbow Village, an old settlement preserved by a 93-year-old man who’s now the village’s last resident. He hand-painted the buildings with colorful murals featuring children and animals, thereby saving it from demolition.