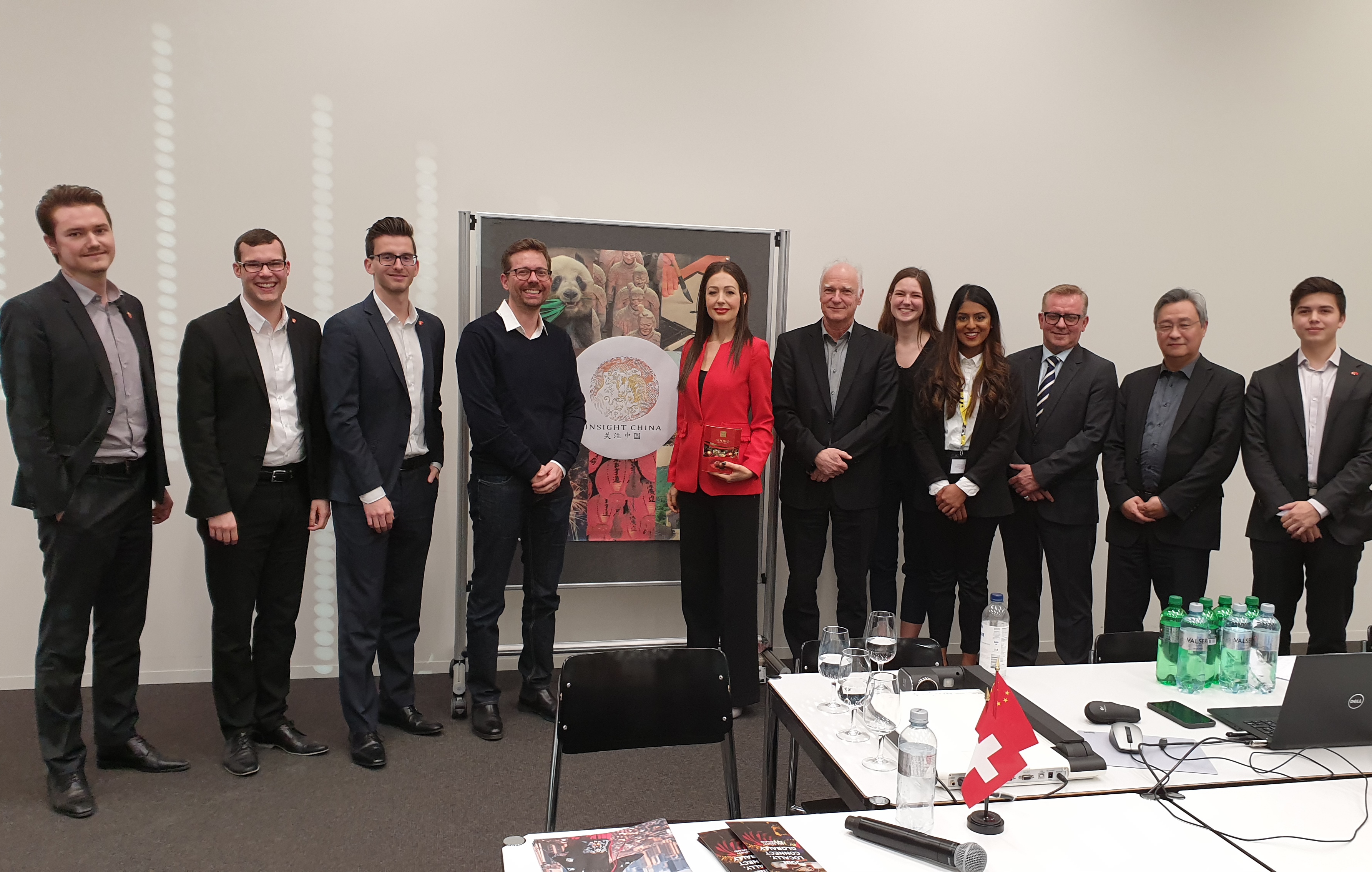 The day started with the presentation of Dr. Heinrich Siegmann of the organisation SwissBanking.

He presented us facts and figures about subjects such as

Already, China contributes around one third of total world economic growth. By  2012, more than 10’000 financial institutions world-wide were doing business in RMB, it has certainly reached the global map. Globalization would not have been possible without competitive and growing banks in China. By now, China’s 5 largest banks have become global players.

In terms of deepening the cooperation of Switzerland and China, Switzerland was the first country in intercontinental Europe which signed the Free Trade Agreement. Since 2013,  a Chinese-Swiss government-to-government financial dialogue is held annually.

Afterwards, the program shifted to an active session of entrepreneurial creativity. In a short time, the delegation was tasked with developing Chinese-Swiss business ideas, which brought forth ludicrous but ingenious ideas such as Dragon Cheese, Solar Ricecooker or Swiss Lunar Festival Chocolate.

The afternoon kicked off with Thomas Christ of Swiss Chinese Chamber of Commerce joined us. He started his presentation with showing us the influence of Dr. Uli Sigg on the Chinese and Swiss relations. The Mission of the Swiss Chinese Chamber of Commerce is to expand relations between public and private China & Switzerland by promoting Dialogue, Cultural understanding and networking.

According to Mr. Christ, we are seen as an innovative and highly organized country by Chinese people. He also stated that the there is an assumption that Chinese people are good in copying things, but Chinese are actually much better in organic innovation because they create cheaper and better products. But in terms of disruptive innovation, China has potential. Consequently, people are becoming more afraid of China. Hence, the question which arises in the future is if we need to be afraid of the dominance of China or embrace it.

The last and most awaited event of the day was the panel discussion between Nico Luchsinger, Martina Fuchs, Michael Jeive and Thomas Christ. The first matter at hand was China’s positions in the world stage, where our panelists discussed geopolitical motivations, economic benefits and international relations. The latter part of panel then touched on the subject of the challenges and outlook of China, discerning its imminent problems such as slowing growth, sustainability and moral questions regarding their foreign investments.

>>Also listen to this exclusive interview with Martina Fuchs<<