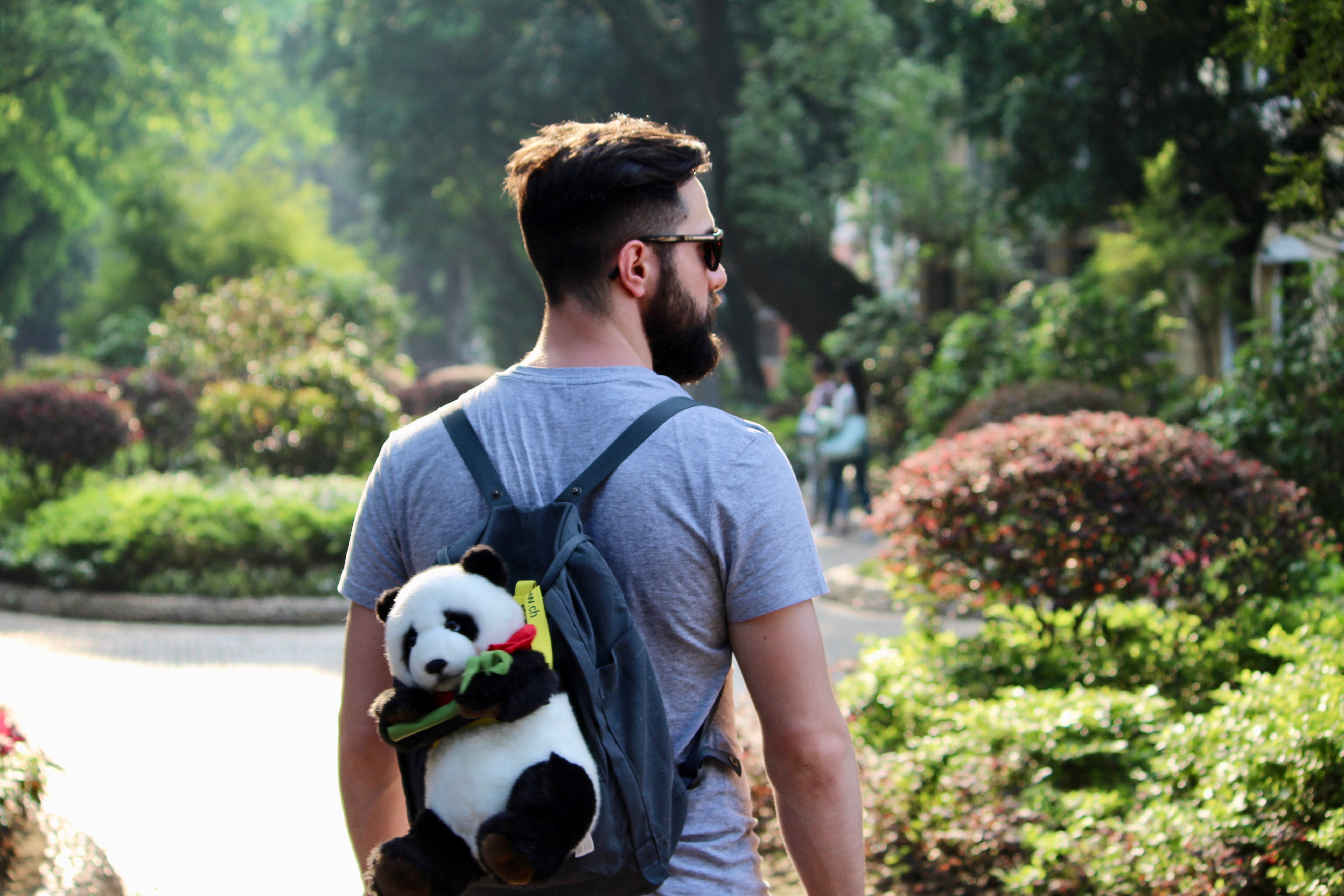 After we visited the two companies, Huawei and DJI, in Shenzhen, we headed off to Guangzhou on the next day for sightseeing. The fourth biggest city of China is also located in the South of China and belongs like Shenzhen to the Guangdong province. Even though the official language is Mandarin, the city has another three spoken dialects, Cantonese, Hakka and Chaoshan.

We left the Sunshine hotel at around 9am and continued our onsite trip by bus. Our first stop was at the old town of Guangzhou, where we also met our guide Maggie. She shortly introduced herself and didn’t want to lose time to show us the most famous places, since we just stayed here for a couple of hours. 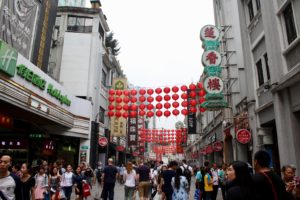 The first thing I realized was that it was very crowded in the old town. She told us something about the food culture and that people here are used to eat everything, like chicken feet’s, from animals. Furthermore, a common word is “yam cha” which means “tea house”. People go to that place for breakfast or lunch and can enjoy fantastic steamed food. After a short walk through the street alleys we could look for lunch by ourselves. Some fellow students and myself ended up in a small Chinese restaurant, where we had some delicious Chinese food.

Once we finished lunch we went back to the bus and drove to the Ancestral Temple of the Chen Family, which nowadays is used as a museum. The building was built in 1888 by the Chen family members. While we walked around, Maggie told us something about the history and its typical Cantonese architecture and folk arts.

Our next and last sightseeing place was the Shamian Island, which had huge influence by the French and British people. We could walk around at the mesmerizing place with its beautiful architecture style. 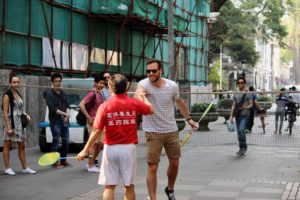