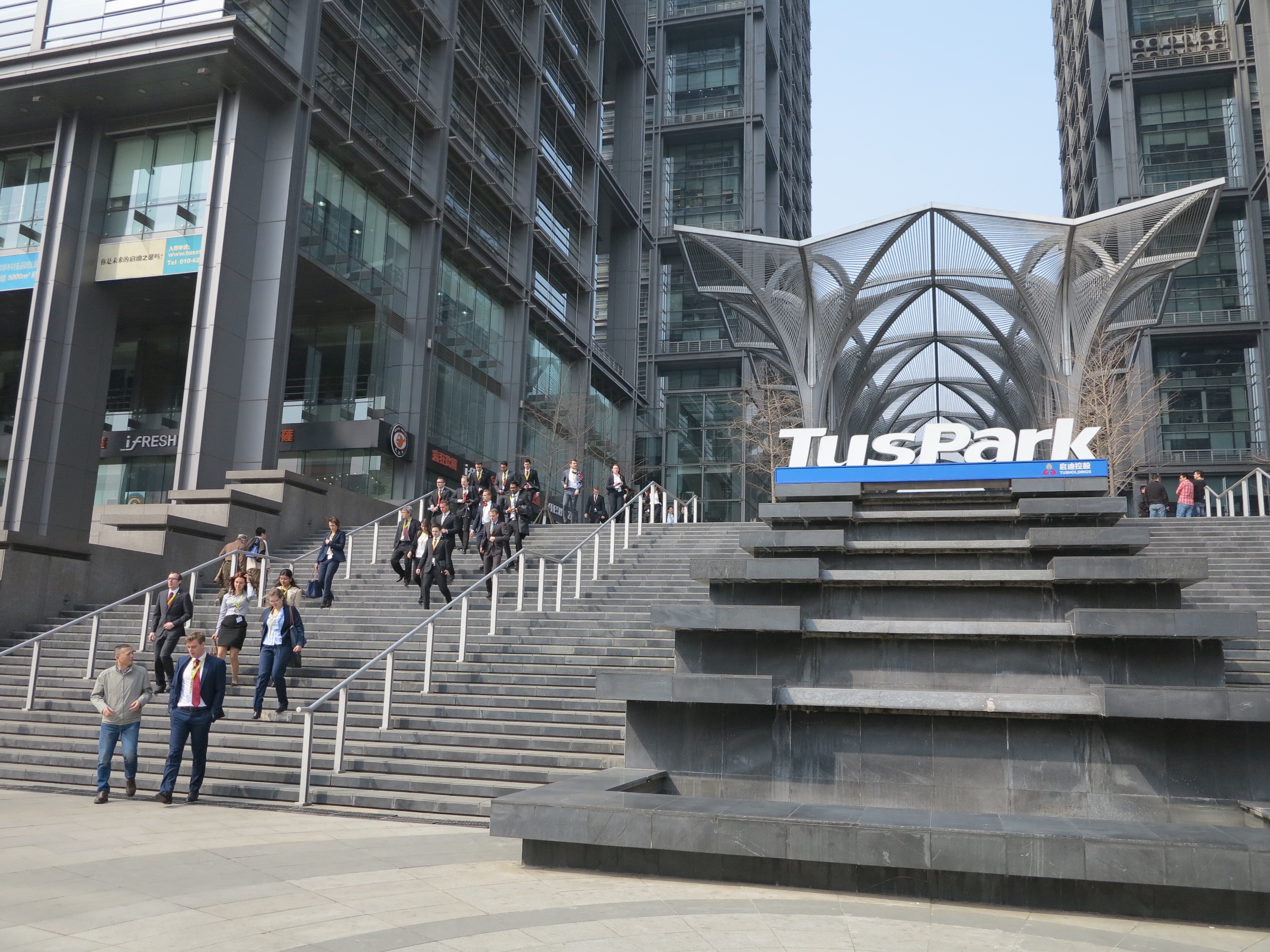 In the early morning, the delegation joyfully took delivery of their tailored suits and dresses. And also the breakfast buffet was very delicious.

After the first cultural insights in China, the business part has started today with a very interesting speech of Mr. Urs Buchmann, Head Corporate & Institutional clients Asia Pacific of Credit Suisse, who has his office in Hong Kong and is living in Asia since almost 30 years. The delegation gained various valuable impressions about China and their economy. For example, he pointed out that it is very hard to successfully transform a middle-income country into a high-income country. In addition, around 2 per cent of the Chinese population possess 80 per cent of wealth and around 80 per cent of this 2 per cent are located in the big cities. Moreover, there is a steady growth of the middle-class. Additionally, Buchmann outlined why he loves to work in Asia with Chinese people. Especially their hospitality, self-confidence, eagerness to learn, openness to criticism as well as the competitive environment are most worthwhile and interesting. The culture is deeply routed in everyday life, which makes the interaction with Chinese very attractive. Buchmann joined the lunch of the delegation in the Chinese restaurant in the hotel and answered all questions very openly.

China surprises us every day. Especially the food. Most of the people didn’t know that they have eaten jellyfish for lunch – but it was delicious!

After lunch, the delegation visited Tuspark in Beijing. It stands for Tsinghua University Science Park and is a high-tech company that builds business parks in various Chinese cities. About 400 companies and 25’000 employees are working in Tuspark. There are also a lot of local ventures in different science fields. After a short introduction, the delegation also visited some offices of local businesses in this highly innovative business environment.

After the visit at Tus Park we drove to the Swiss Embassy. Once there, we met the staff of the Embassy and other students from the Beijing Foreign Studies University (BFSU). First, the Head of Mission and Chargé d’Affaires a.i., Minister Alain Gaschen, held an opening speech.

Then Prof. Huayong Niu from the BFSU spoke about the strategic plan „Made in China 2025“. The goal of this plan is that China turns from a manufacturing giant into a world manufacturing power. They want to become a top player and the largest manufacturer of goods and a major manufacturer in terms of scale. He also spoke about the differences between China and Europe. The major difference is the population; China has 1’339 million habitants, Switzerland only 7,95 million. After this speech, Dr. Jiang Yufang introduced the University of Applied Sciences and Arts Northwestern Switzerland (FHNW) to the other students. Afterwards, he gave some reasons of China’s late start in the modernisation and told about Swiss managers who moved to China for doing business; for example managers from InterChina and Schindler.

After the speech we had a great aperitif and got the chance to network with the Chinese students. It was interesting to hear about how their studies are organized. We also met Swiss students who make an intern at the Rmbassy of Switzerland in China; they told us about their experiences with the Chinese people and culture. After an interesting day, we explored the Sanlitun Bar Street and went to a bar with a great view over the skyline of Beijing. I really enjoyed the day and made some new experiences. My personal highlight was that we met Chinese students and could see a Swiss Embassy abroad.

Mr. Urs Buchmann talking about differences in Switzerland and China 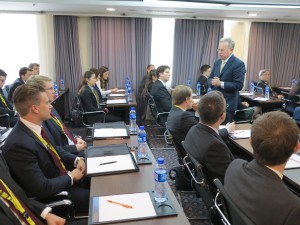 The delegation being guided through the Tus-Park 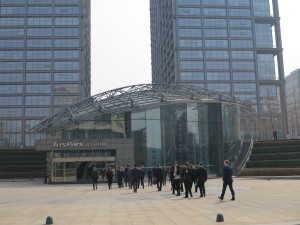 Companies working on the campus of Tus-Park 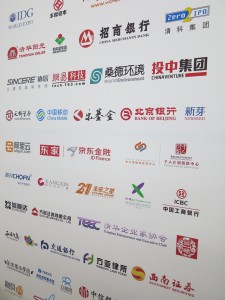 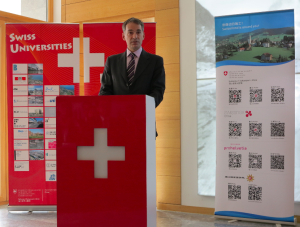 Prof. Niu presenting at the Swiss Embassy in Beijing 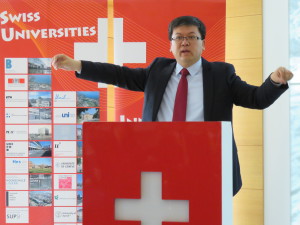 Interactions between Swiss and Chinese students 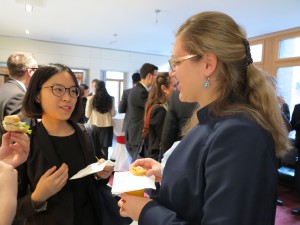