Thank god it’s Monday – company visits again! Never said this before using “Monday”, but this is what we are here for, and I am really eager to visit our few factories on the tour. Suzhou is much different to the places we have visited before. Bigger in size compared to Shanghai but with less population and lower prices that provide people the opportunity to live more close to their working places. There were no traffic jams in the city during the whole day. The second difference was that with its lakes and plants the city looks much more the way we are used to in Europe, a nice contrast to Beijing for example. The production site of Endress + Hauser Flowtec is situated on the outskirts of the city, among with other factories and housings for the workers near by. All factories I have seen are from European and American mother companies and all oft hem are presenting themselves in a proper look. This concentration of foreign capital is the result of certain stimulations provided by the government to the investors. E+H invested some 75 Mio. CHF in its 18 thousand square meter facility and is running it for 14 years now. It is continuously growing with rates of 30, 40 %, except a small fallback last year. The flow meters of the company have many variations according to customers needs in respect of medium, precision requirements, temperature, working conditions, tube diameter, … just to mention a few out of many parameters. The products are designed in the most modular way that’s possible in order to have the core components standardized and pre-manufacturable. The production strategy is accordingly of the type “one factory for the world (Reinach, to some extend Cerne), some configuration centers in the market”, with the one in Suzhou being one of the latter type with the sales center in Shanghai as it’s customer. Another part of the production strategy is the standardization of equipment and processes, providing the possibility to centralize R&D and minimizing IP problems, that are still an issue in China. Therefore it is not surprising that the production pretty much looks like the one students have seen in Reinach during the preparatory seminar. Although the result of 2015 was behind the companys expectations, there is still a growth potential in China. It is seen in the expansion of the product range, the chances of a new product generation which is currently introduced and additionally the prospects of the “Made in China 2025” program. Therefore a second factory is already planned, just a few kilometers away. We were told that E+H invests also much in their employees. The fluctuation of just 3 % is surprisingly low for China and we were able to feel the satisfaction and even proudness of the workers as we wandered around and met them in the cantina for lunch. The same phenomena I also experienced in Reinach. Congratulations for this success story in China!

After lunch at Endress and Hauser we were visiting the production of the Brugg Cables, Brugg Liftings as well as the one of Suhner. All these three production facilities are located directly beside each other and Mr. Schnell, the CEO of the Brugg Cables Group, warmly welcomed us in Suzhou. Further the General Managers from the different companies (CEO Brugg Suzhou, CEO Suhner Suzhou) presented us some slides about their products, productions as well as their organisations and general sales numbers. The Brugg group is organised in different sectors based on the various products in the range. In China they produce wire ropes, wire belts and high voltage isolation components. All products are produced in China and only sold in the domestic market. The production of the wire ropes started in China in 2006. Today there are 30 employees working in Suzhou. One big reason for the production in China is the huge demand in the Asian market. About 80% of the world market is located in Asia and further 60% of the general Asian market is located in China. On behalf of that, China is the biggest market of the wire ropes worldwide and Brugg is the leader this market. They have an impressive list of prestigious references as the well known Oriental Pearl Tower from Shanghai and the world tallest tower from Dubai and hese are only a few examples. Brugg is producing the modern belt technology for elevators in China and Switzerland. The production of this plastic coated steal ropes started in in Suzhou in the year 2007, based on the requirements of the major customer and known elevator brand: OTIS. As the market of the steal belts is currently still growing in China, Brugg took the decision to build an additional new production line in China. Furthermore Brugg is producing high voltage isolation components and accessories made of silicon plastics in Suzhou since the year 2012. For example connection joints up to 220kV, which need extremely high production standards and various controls for its quality. Beside the Brugg production hall in Suzhou, another in Switzerland based company is located in Suzhou. It is the company Suhner, which produces flexible shafts for different applications in China. They are for example used in cabriolet cars and automation applications in different sectors. Suhner has a total of 61 employees in Suzhou and is at the moment growing more and more. Mr. Schnell mentioned, that Brugg group will not move all productions from Switzerland to China in the next future and he added that he wants to keep the R&D departments in Switzerland. After this very interesting day, Mr. Schnell offered us an apéro at the facility in Suzhou and additionally a delicious chinese dinner at a restaurant in the city. Today’s program has been highly anticipated by many of our delegation members as we have visited two of our long-term sponsors. On this occasion, we would like to thank both sponsoring partners, Endress+Hauser and Brugg Cables, for their continuous support and goodwill towards our project over multiple years. 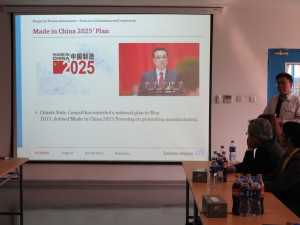 Brugg Group’s CEO, Urs Schnell, and the Management Board of Brugg Group China 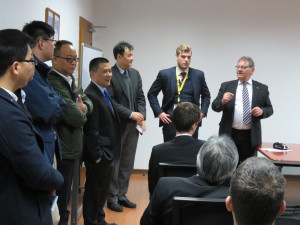 Touring the Brugg facilities in Suzhou 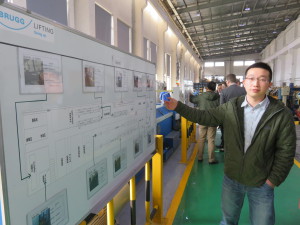 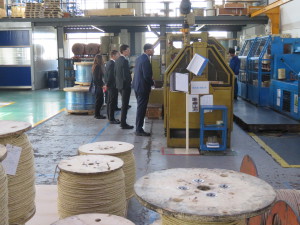 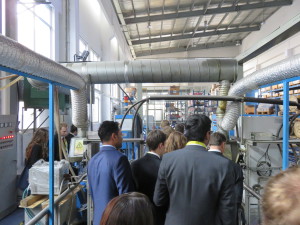 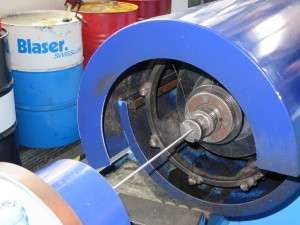 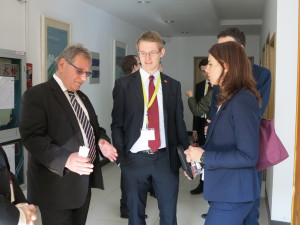 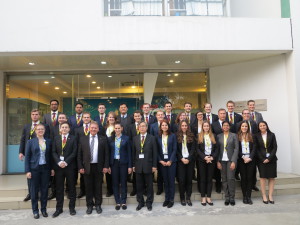 To summarize: It was a day full Swiss-Chinese success stories! 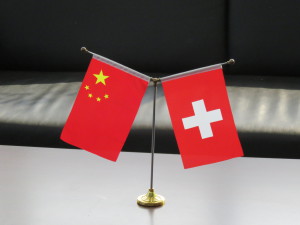 Highlights of the Seminar in Switzerland 2022